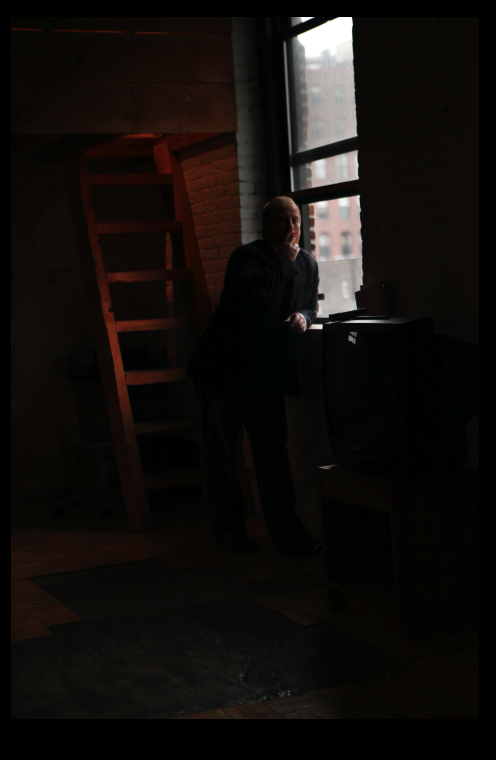 August, 2002, an idealistic photo student walked into a class with some shots from Cambodia. A week later I was at the bottom of the Stratosphere Hotel parking lot, 8 stories underground, with Pickett, photographing a man who threw away the trash. 1 year later with those photographs I was accepted into the Eddie Adams Workshop. 1 year after that I worked at the Eddie Adams Workshop. 9 days later I was in Detroit working for the Free Press. 4 years later I am headed to China.

the most personal thank you a photographer can give is a portrait.

photo taken in typical one shot one kill fashion. after 9 days in Ukraine, this was the only shot in Brooklyn over a 4 day trip. 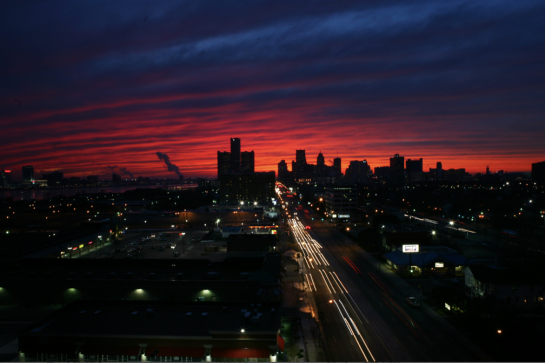 Detroit Sunset from my house, see there is a reason to move here.

Praise God. I really just have been having a great time working for the NY Times. Over the past week I have been blessed with 3 assignments and yesterday was asked to do 3 out of 4 parts for a portrait series for the Times. On Monday I spent 3.5 minutes with the CEO of Ford photographing him AND interviewing him on camera for USA Today. God has been so awesome. Not just because he has blessed me with these jobs, but because he remains faithful and true to his word. If you don’t know God, a let me tell you who he is..He is the forgiving, the faithful, the truth, the light, the creator, the provider, the hope, the ever present, the never failing and I could on (in my preacher voice). For real though, I have been freelance for just over a year and the jobs keep coming. Not because of the skills I have or the effort I put in, but because the Lord has called me to a place that he wants me to be and the result are jobs coming in. I give him the Glory. I received a call today for a job in Chicago, Detroit, St Paul and Milwaukee for a documentary series for a non-profit group. Now I know the lord will provide for he has called me away from my comfortable job a year ago, a job that was awesome, a job that I miss a lot because of the people. But He called me into this unknown land that is freelance and has provided ever since. Praise God. I really want you all reading this far to know that whether or not you put the name of “God” on God, or if you think that there is a power out there that you tap into or if you think everything was created to work in harmony or whatever, know this; that all of that came together and created a baby boy which a young mother named Jesus. The amazing thing about Jesus, besides the fact that so many people use his name and deny he exists, is that he came as a baby. Now Mary, his mother, had to take care of Jesus (God in a bod as some people would say). God in the flesh as a helpless baby. I believe that is how believers are supposed to act towards everyone in this world. As a servant out to better others, to nurture others, to care for others and feed them. To bring them up through adolescence and then into maturity.

Thank you to all my friends praying for the shoot tonight. I think I nailed it. 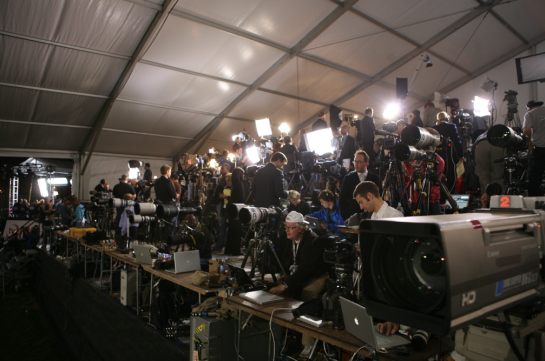 Media areas get a little tight on big events like Obama in Grant Park.

http://stephenmcgeefilms.com Please visit my website to view work from the past 10 years.

Photo Story of the Week